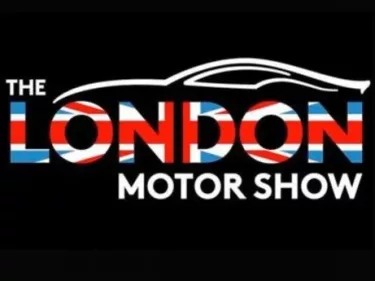 EVERYTHING YOU NEED TO KNOW ABOUT THE LONDON MOTOR SHOW

The London Motor Show celebrates the latest innovations in the automotive industry and offers car enthusiasts the chance to get up close to the most exciting cars in the world. This event came to Battersea Park in London in May 2016 for the first time in eight years. It was a huge success, with many new models making their debut public appearance.

What is the London Motor Show?
The London Motor Show is the biggest new car event in the UK. It is a chance for car manufacturers and other industry suppliers to showcase their latest products and give sneak previews of future developments. Anyone can buy a ticket and go along to enjoy the spectacle, including the most powerful and thrilling super cars from marques including Aston Martin, Rolls Royce and Jaguar. With futuristic technology and exquisite design at every turn, the London Motor Show is a true celebration of British industry expertise.

How long has the show been running?
The 2016 show brought this event back after an eight year hiatus. Before that, the capital hosted the British Motor Show from 1903 to 2008. This incredibly popular event showcased new models alongside a traditional vintage car parade, and established the UK at the forefront of automotive design. The 2016 show saw the revival of the UK’s car show legacy, putting London alongside major world cities such as New York, Paris and Tokyo which also host major car shows.

The most talked-about debuts of the show included the first glimpse of MG’s new SUV, the GS. With sleek, distinctive styling that makes the model unmistakable as a member of the MG family, this new SUV will be on sale in the UK from June. McLaren also revealed its brand new 570GT, an elegant model which offers a blend of thrilling performance with everyday practicality.

McLaren and MG are just two of the celebrated British car manufacturers who took centre stage. Aside from super cars, there was a wide range of vehicles that are within reach of the average UK car-buyer, including the forthcoming Infiniti Q60. Many models were available to test drive for prospective customers.

A display of innovative vehicles also hinted at the exciting future of motoring. The Riversimple Rasa is a two-seater car powered by a hydrogen fuel cell. This ground-breaking model uses technology employed by only a handful of models in the world and it was designed and built in Wales. For visitors looking to learn as well as ogle new cars, there were daily talks by high profile industry experts such as Nigel Mansell and Sir Stirling Moss.

The London Motor Show will return to Battersea Park in 2017 from 5-7 May.

AND THE WINNER IN CROYDON IS….
BEST FAMILY CARS FOR MPG
Top