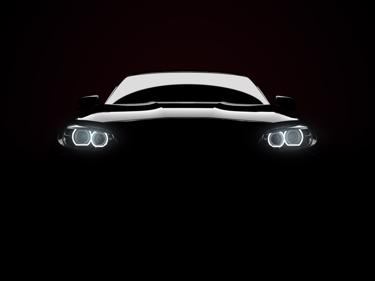 The headlights are a standard part of any vehicle’s profile, as well as giving you forward visibility and warning oncoming drivers of your presence. Maintaining them is therefore vital, no to mention a legal requirement.

Halogen is the most frequently used light source in new cars. It is bright and clear, strongly illuminating the road ahead. The halogen is used in the protective bubble that surrounds the light’s tungsten filament. More recent cars feature interior reflectors to focus the light, as well as a reinforced polycarbonate housing.

A working life of 500 to 1,000 hours and a relatively low cost keep halogen headlights popular. However, there are newer, more energy-efficient alternatives available – halogen emits heat as well as light.

‘High Intensity Discharge’ (HID) lights get their glow from heated gases and rare metals. They can be as much as three times brighter than a halogen bulb. Xenon gas is used to prevent the headlights from flickering – you may see HID lights named as ‘Xenon lights’. In the UK and the rest of the EU, cars with HIDs are required to also have headlight washers and a self-levelling system.

You are likely to see HID headlights on new Lexus cars, amongst others. A light blue tint around the edge shows you where HID has been used. These lights are said to have an average usage life of 2,000 hours.

More and more vehicles come with LEDs fitted – you are more likely to see these in the daytime running lights. They also light up the instrument display and dashboard, and potentially the fog lights, brake lights and indicators. LED lights save energy compared to halogen, and do not emit heat.

Several manufacturers use LEDs, as they can be fitted into more modern headlight shapes. Initially they were only available in premium cars, but are now filtering down into the rest of the market. The resulting light is slightly less bright than HID yet quicker to activate. Some LED makers claim their bulbs will last for up to 15,000 hours in brake and indicator lights.

The first car to be optionally available with laser headlights is the upcoming BMW i8 (as of April 2016). Laser beams within the headlight activate phosphorous gas, generating the illumination.

The resulting white glow is attractively powerful. BMW claims the laser headlights, used for the high beam setting, can reach a distance of 600 metres. That is double the distance that the i8’s standard headlights can achieve. They are also smaller and more efficient than the headlights on the previous model.

In some cases, you may be able to use a headlight conversion kit on your car. LED and HID upgrades from halogen are the most widely offered. Make sure that the new headlights meet UK standards for safety and MOT testing. For example, some HID lights are strong enough to effectively blind oncoming drivers.

Each bulb temperature, measured in kelvins (K), creates a different light colour. This ranges from yellow to purple, with whites and blues in between. Anything above 8,000K is not white enough to legally be used on UK roads.

Whenever you need more motoring advice, simply speak with the McCarthy Cars team in south London. We can advise on headlights and replacement bulbs, other minor services, and how to get the most out of your car.