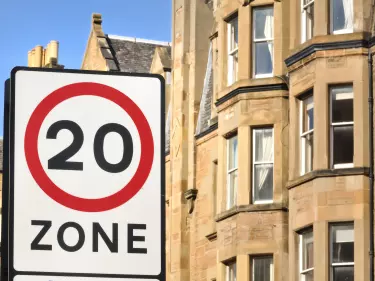 From January 15, 2018, the south-eastern section of the London Borough of Croydon adopted a 20mph speed limit.

The streets that are specifically affected are those in Shirley, Addington, Forestdale, New Addington, Sanderstead and Selsdon.

Labour councillor Stuart King, representing West Thornton, commented that “this new 20mph speed limit is better for road safety in our local residential areas”. He added, “When speeds reduce, the risk of being injured in a collision falls as well, so I’m delighted to be delivering on this important council commitment.”

Local police have been helping to ensure that the new speed limit is being enforced. Anyone breaking the speed limit can anticipate fines and points added to their licence – and even the possibility of prosecution.

Nevertheless, some routes are exempt from this particular speed restriction, including private roads, many of Croydon’s ‘A’ roads and all of Transport for London’s ‘red routes’

Otherwise, the only part of the borough that is still to adopt the new 20mph speed limit is the south-western district – but this is set to change in March 2018.

Naturally, we at McCarthy Cars welcome any measures taken that seek to improve the safety of motorists, cyclists and pedestrians. We would always advise motorists to take care on the road, and pay particular attention to speed restrictions.